I don't live on Pinterest... but thankfully my kids don't care! The holidays around our house are interspersed with birthdays, which makes for some interesting compromises.  Gift lists must be rationed so that you don't run out of ideas before one occasion or another.  Christmas decorations must be put up only after a certain date so that the birthday before it doesn't get overlooked- and 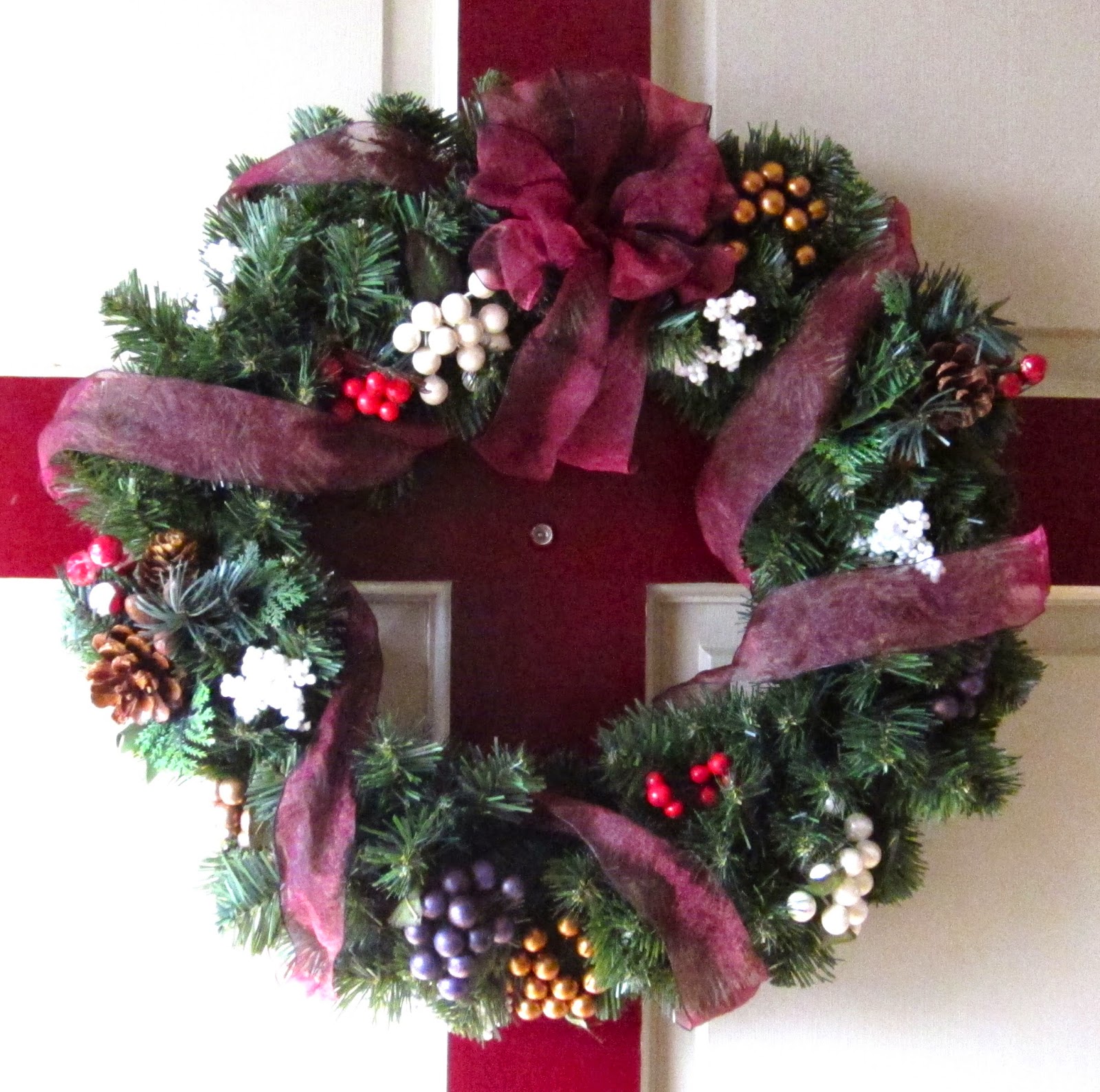 maybe more importantly so that the houseful of children at a birthday party don't knock over the Christmas tree.  And forget trying to burn off that Thanksgiving pumpkin pie before loading up on Christmas cookies, because there's birthday cake in there too.  And once those Christmas cookies are gone, look out... here comes another birthday cake.  The New Years resolution to lose those pounds become the Ides of March resolution, which just doesn't seem the same.

We tend to do birthday parties at home.  Not only does my bank account balk at spending hundreds of dollars on a party while I'm also trying to budget for Christmas presents, but there's something a bit more meaningful about having a handful of close friends over for some fun rather than a gaggle of classmates all running around someplace with barely enough time to scarf down some pizza 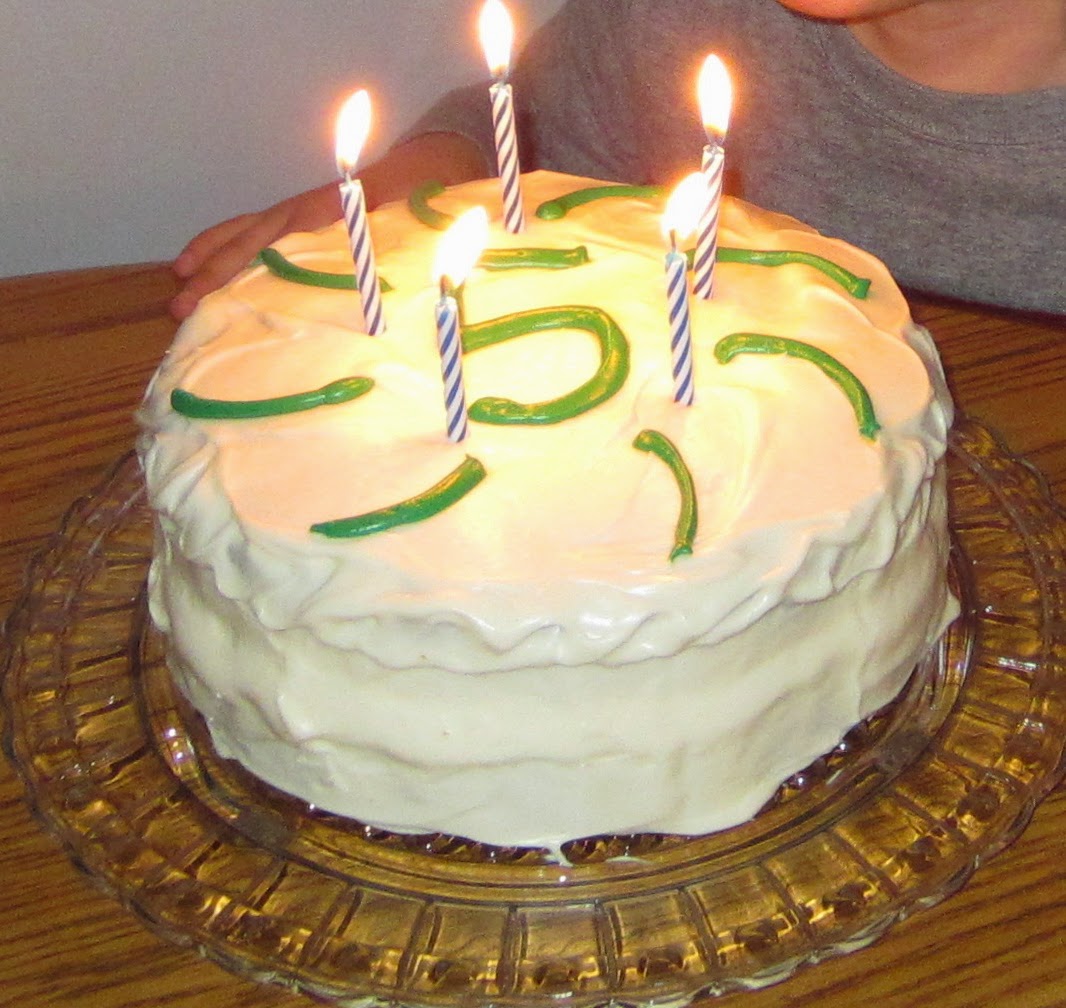 and cake and tear the wrapping off a pile of presents, not knowing what's from whom.  A few years back I made the realization that it's easier to throw a party for boys than for girls.  Girls like crafts and activities and organized games.  Boys just want to play with the toys at someone else's house and dust out the back of the closets playing hide and seek.

This year the little boy (who consistently tells me that he's not little anymore) wanted a Lego party.  Fine, no problem- we have plenty of Legos, and it seems pretty easy to throw down a sheet, dump the Lego collection on the floor, and let them build and play to their hearts' content, or at least until their parents come to pick them up.  But it seems like there should be some way to make more of a theme to this party.  So I have the bright idea of a Lego cake.  Shouldn't be too hard, right?

I am a mom, a crafter, an Etsy seller- no stranger to the wonders of Google and Pinterest.  So Lego themed baking ideas were easy to find.  I even found some "easy" ones, which was a definite must.  I am particular when it comes to my crafting- mistakes in sewing and crochet get fixed immediately.  But when it comes to baking, not so much.  My recipes often are more like "a handful of this and a dash of that" rather than exact measurements.  When it comes to frosting a cake I go with the "decorative swirls" mostly because it kind of hides the visual imperfections that all of my cakes have- a professional cake decorator I am not.  Things taste good (well, usually... with the exception of my beet red velvet cake experiment... I'll tell you about that some other time) but they just don't generally look professionally decorated.

So I'm not quite sure what I was thinking when, in addition to a Lego cake and Lego ice cream sandwiches, I decided that Lego head marshmallow pops would be fun.  Looks easy, right?  It's just a marshmallow on a stick, coated in yellow tinted white chocolate with an M&M on top.  No problem.

Thankfully, I didn't start them the morning of the party.

At least the sticks weren't hard- they sell lollipop sticks pretty much anywhere nowadays thanks to the popularity of cake pops.  Great!  And fresh marshmallows go on the sticks without a problem.


Now for the chocolate.  I put the white chocolate chips in a bowl, threw it in the microwave for a bit... and burnt my hand trying to pull it out of the microwave!  Oops- apparently I picked the cereal bowl that gets hot in the microwave!  Turns out, this was a good thing- the heat of the bowl kept my chocolate melted for longer, I think.  Didn't help me hold the bowl steady though.  I had to use a napkin to hold it while stirring 3 drops of yellow food coloring into the quarter cup of melted chocolate, and while coating the marshmallows.

Round 2.  Marshmallow on stick, dip into cooled chocolate.  Nope.  This time the marshmallow just spun on the stick, came loose, and fell into the bowl!  Ok, so maybe this dipping thing isn't going to work.

Round 3.  Marshmallow on stick, spread chocolate on with a knife.  Well, this is a bit trickier to get smooth, but do-able.  At least the marshmallow stayed on the stick, and the chocolate stayed on the marshmallow.  With a little work I got the chocolate fairly smooth, and stuck a yellow M&M on the top.  Forget covering the M&M with chocolate- it's already yellow.  Looking good now though, I've got it figured out, it'll be smooth sailing from here on.

Oops- now what do I do to keep the thing upright while it's drying?  I wandered around the kitchen for a bit, looking for a crevice to wedge it into.  I finally decided on an empty egg carton (thankfully, I had had eggs for breakfast), turned upside down, with small slits cut in the bumps where the eggs had sat.  Not the most stable thing, and I had to be careful that the pops didn't fall into each other, but it was better than wandering around the kitchen with a yellow marshmallow on a stick in my hands waiting for it to cool.


Alright, one down, and I know what I'm doing, right?  Another marshmallow on a stick, spread the chocolate... except in my search for a stand the chocolate had cooled down too much.  This pop looked more like something the cat coughed up (never mind that we don't have a cat).  Hmmm, not attractive.

Round 4.  Heat up chocolate again- but not too much, so the marshmallow doesn't melt.  Spread, smooth.  Oh, good.  Maybe I am getting the hang of this.  After a few tries, I figured out that it was easiest to cover the top and bottom, then spread and smooth the sides.  And to reheat the chocolate for only about 10 seconds after coating 2 pops.

Practice does make perfect, or at least better.  I ended up with 12 pops, none of which are perfect but only 2 of which look pretty horrible.  And somehow I doubt the kids will mind the imperfections- after all, what kid ever argued about eating chocolate covered marshmallows?  But remind me next time to stop with the cake and ice cream.  Sometimes that "little extra" is more work than it's worth.  But then, maybe my little boy is worth the extra work.  Regardless, it's obvious I don't live on Pinterest.  But I'm ok with that- there are more important things in life than an impeccable marshmallow pop.


This holiday season, may you enjoy the important things in life!

Posted by RobinsFlight at 7:00 AM

They are great. Glad you got the hang of it. I had problems putting earmuff on giant marshmallows. There must be something about a marshmallow! Enjoy the party!

Enjoy the party! They are so cute. I want one now!

They came out great - hope the party is a success!